I’ve got a DHCP and DNS server on a different machine to my KVM host. Is there any way I can get VM’s to get an IP address from the DHCP server, with traffic being directed to the VM via the hosts NIC? I could set everything up statically, but then I’d have to keep everything in sync on the DNS server. The host is running Debian Buster and the DHCP/DNS is on a OpenWRT machine. The idea is to try and make the networking for VMs appear like any other machine on the internal network. I’ve seen this working on ESXi (with different DHCP/DNS servers) but don’t know how much work behind the scenes VMWare had to do to make this possible?

Then you can set each VM’s virtual NIC to use that bridge. For example: 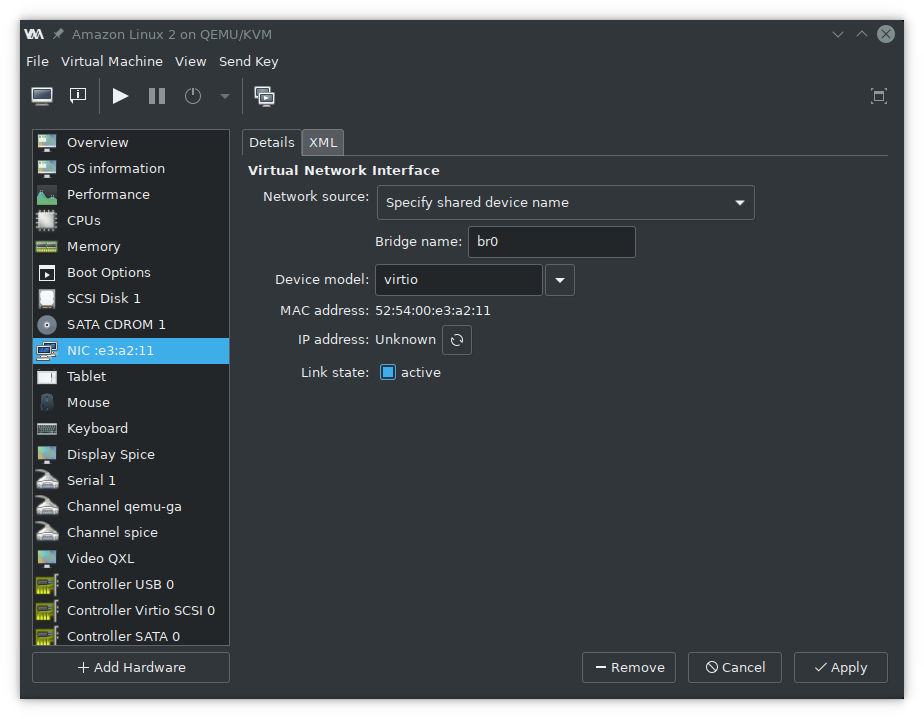