I have a Hyper-V using Windows 2012 R2 Datacenter, inside this server I have a virtual machine with Windows 2008 Standard which had its Intregated Services update and reboot properly.

After that, the VM starts and show BSOD as listed below – safe mode, last known good config doesn’t work. 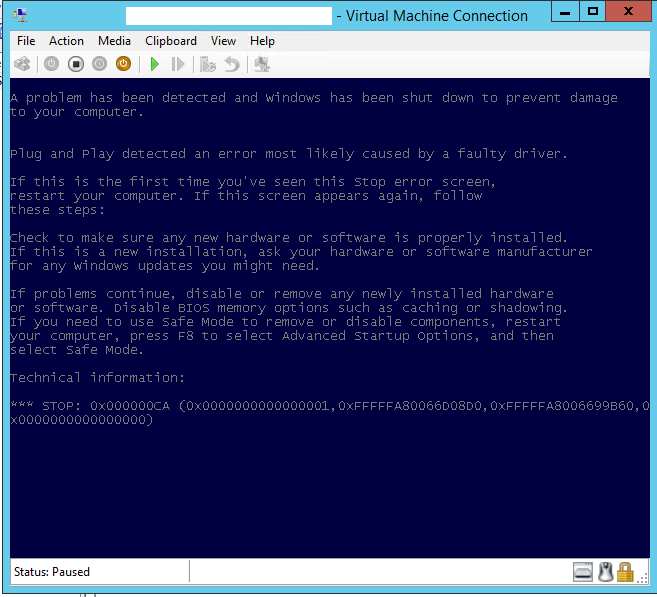 While the botched security update was published in October 2013 and a fixed update was only made available three months later, in January 2014, it’s possible that your system had the botched update installed, but was not rebooted for several months (e.g. for testing the updates elsewhere, or because someone simply forgot to reboot).